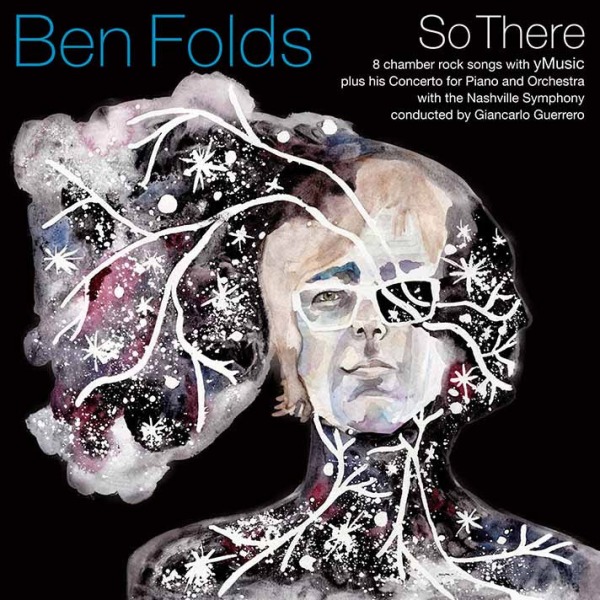 And to think that I might have totally overlooked this wonderful album had my friend Matthew Whittall not done a Facebook post of its ninth track. That track by the way, which follows eight of Ben Folds’s typically inventive and engaging pop songs on the complete album, happens also to be the first movement of Folds’s new Concerto for Piano and Orchestra, performed by Folds with the Nashville Symphony Orchestra conducted by Giancarlo Guerrero. (An aside: I promised Matt that if I mentioned him, I would quote the part of his FB post in which he complained sarcastically of how Folds was “condescended to by career Eurodouche Norman Lebrecht for having the temerity to top the classical charts in benighted America,” referring to this post from Mr. Eurodouche…um, Mr. Lebrecht’s Slipped Disc blog. Duty discharged, with an additional flipped bird in Mr. Lebrecht’s direction for his anti-American snobbery.)

First about those eight pop tunes, as inventive and engaging (as I already said and will say again) as any you’ll hear this year. Who but Folds would pen such a lyric as

Why didn’t you tell me that I got fat

Now I’m crying all the way from the photomat

Because I see I’ve got more chins than

A Chinese phonebook has

as part of a sweet, yearning ballad called “Yes Man?” Adding to the charm, Folds arranged these songs for his own voice and piano, some rock guitar and drums, and the six-piece hipster classical chamber ensemble yMusic, whose sympathy for the pop idiom (not always demonstrated in such crossover collaborations) is evident in every note, not to mention the occasional giggles and other asides left in the final edits. (Special treat: Check out the brief track 7 and see whether it doesn’t make you smile from ear to ear.)

Then about that Piano Concerto, a far more successful stab at long-form classical composition than earlier ones I had written about by such classical wannabees as Paul McCartney, Béla Fleck and The Dear Hunter’s Casey Crescenzo. Actually, to be fair to Folds, his Concerto deserves not comparison to such poor-to-middling works but consideration alongside George Gerswhin’s Rhapsodies (including “In Blue”) and Concerto, Leroy Anderson’s Piano Concerto, and other sophisticated, jazz-and-pop tinged light classical masterworks. Filled with great tunes (the sweeping opening melody coming straight from the world of Prokofmaninoff!), spiced with distinctive instrumental combinations, confident in voice and not overstaying its welcome by one single note, Ben Folds’s Concerto is a damned good piece — and lots of fun to boot. Of course, that may be the American in me saying that, in which case, three cheers for the red, white and blue!