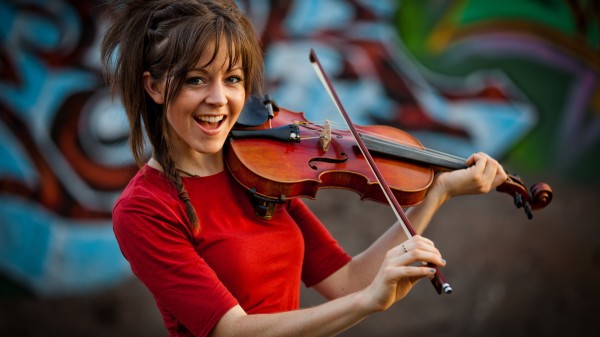 Are you done rolling your eyes yet?

We’ve all done it — tisked, made gagging noises, and yes, rolled our eyes at the merest mention of these and other avatars of the musical middlebrow, mainstays of PBS fundraising specials and arena-filling “crossover” stars.  What makes us react in such a knee-jerk fashion, and with such opprobrium?  I mean, no one’s forcing us to listen to these performers.

It strikes me that our reactions are a kind of defense mechanism.  We have aesthetic reputations to uphold.  Therefore, we must join in the ritual disparaging of such musical bêtes noires, lest we be accused of plebeian tastes.  Sure, it’s acceptable, downright hip even, to wallow in absolute trash once in a while.  But the music of the middle class?  Never!  And as so often happens when people of like opinions congregate, a competition develops among musical sophisticates to see who can make the snidest, snarkiest, most extreme comment about the offending artist.  You know, like what happens in the Pioneer Valley when the name of a conservative political icon is mentioned.  Ronald Reagan?  Gag!

Well, it’s one thing for us in the lay community to engage in such minor and harmless snobberies in the privacy of our own homes.  It’s another when the High Priests of Musical Opinion — New York Times critics — descend to our level.  That’s what happened in a piece is Saturday’s paper in which pop critic Jon Caramanica and classical critic Zachary Woolfe took turns dissing the music of Lindsey Stirling (pictured above), an artist who was, I must confess, previously unknown to me.

Apparently, Ms. Stirling has become quite the hit on YouTube for her videos showcasing her combined talents as violinist, dancer and composer.  Here’s one for you:

Did it blow you away?  Me neither.  But did you feel as if your delicate and high-minded artistic sensibilities were under siege?  I didn’t; indeed, I thought it was absolutely inoffensive fun, kind of like the outlandish Bollywood videos where the stars are suddenly, and for no conceivable reason, transported from the plains of Punjab to the summit of an Alp.  If I never see another Lindsey Stirling video, I’ll get along just fine, but I didn’t mind seeing this one at all.

And for Pete’s sake, it would never occur to me to grade her violin playing or dance moves from the highest critical perspective.  Nothing, it strikes me, could be further from the point.  I’m not expecting Hilary Hahn here, and not the least bit offended that Ms. Stirling’s playing is fairly rudimentary.  Same goes with the dance, though that’s not my area of expertise.  Some combination of elements, whatever they may be, have made Lindsey Stirling appeal to an audience of millions.  I may not be among them, but I have to hand it to her — she’s got what they want.

But oh, the critical condescension of Mssrs. Caramanica and Woolfe!  A few money quotes: “She seems to be a competent though hardly dazzling player.”  “Is this study music for nerdy teenage girls?”  “She deploys the sort of moves that would leave our dance critic colleagues uneasy and unimpressed.” “She evokes the authenticity that old-fashioned classical music embodies for many without demanding much of her audience.” “And Stirling’s strengths don’t include her melodies, so, no, I don’t think the opera singers of 2035 will want much to do with her.”

I suppose each of these quotes is defensible, if you want to judge Stirling by such standards.  I think that doing so is rather silly, like having an art history professor critique the late Bob Ross’s “The Magic of Oil Painting.”  Much more useful for me would be to view her work through the eyes of her core audience.  What draws them do her?  And then, if you want to bring classical music and classy pop into the equation, what could each of these styles pick up from Stirling’s appeal?

Because the audience for Lindsey Stirling almost certainly contains a lot of people who, once upon a time, would have listened to classical music, but currently don’t.  Putting down these peoples’ current favorite artist — and by extension, putting down these peoples’ supposedly inferior taste — is no way to win them to your side.  It might make you feel good to distance yourself from music that’s beneath you, but in the long run, it hinders, rather than helps, the cause of music.

3 thoughts on “Must we mock the middlebrow?”