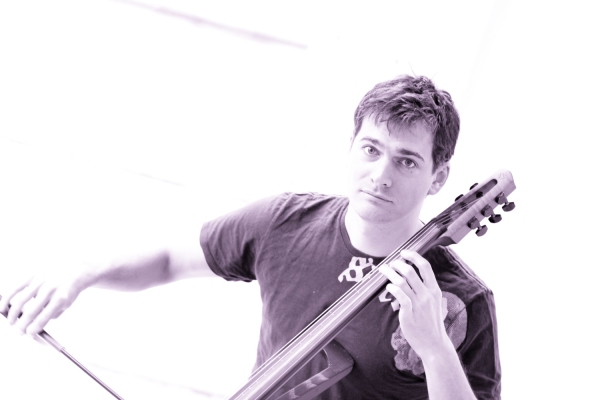 Greg Sandow’s excellent blog just reposted a very worthwhile piece from Polyphonic.org by cellist/blogger/composer Peter Sachon (pictured above).  In it, Sachon calls for orchestras do more to attract a crucial but neglected segment of the population:  millennials.  Why and how?  Here are the first and last final paragraphs:

Orchestras need to offer compelling reasons for millennials to make live symphonic music a part of their lives. After all, millennials are the largest generation in human history, and at nearly 90 million people they will very soon make up the vast majority of our orchestras’ stakeholders, constituents, audience, staff members and supporters — and instrumentalists. By 2017, they will surpass the buying power of the baby boomer generation. There is simply no generation in the next forty years that will have the size and potential purchasing power to influence American orchestras more than millennials. While orchestras aren’t the only institutions that have abandoned the young, they can still be among the first to reclaim them — and in so doing they can begin to reclaim the position of live orchestral music in American culture…

The genius of the millennial’s viewpoint is that it can help release orchestras from the too-heavy bonds of history. This big-tent outlook not only allows orchestras to program and present music from across a spectrum of genres and forms, it gives orchestras a new artistic baseline so that they may grow into the modern era. When it’s just as valid, artistically, to find genius in a videogame score as it is in a commissioned piece, then orchestras will find themselves in a position to use both artistic standards and the market to fulfill their mission to bring symphonic music to as many people as possible.

“Videogames,” you might ask with concern?  Well…why not?  Anyhow, read the whole fairly brief piece.  I think Sachon is on to something very important here, as he pleads for orchestras and other classical musicians to rethink their long-standing programming paradigms  — their “genre silos,” in his formulation — and learn to see and hear their programming through the sensibilities of their prospective young audiences.

But one earlier section of Sachon’s piece has had me thinking the last few days.  He starts with this…

These millennials have very different expectations for nonprofits than baby boomers. Their expectations that nonprofits be socially conscious institutions goes beyond what is traditionally expected, especially from performing arts organizations. Being able to trust a nonprofit organization and its mission is very important to compelling millennials to attend and donate. One telling statistic is that nine out of ten millennials would stop giving to an organization that had lost their trust.

…and then goes on to chide orchestras for not taking stands on such human rights issues as the imprisonment of the Russian punk group Pussy Riot, Russia’s anti-gay legislation, and recent government crackdowns on protesters in Venezuela — the kinds of issues many prominent pop musicians have addressed, but about which classical musicians (with important exceptions, to be sure) have avoided.

Well, it’s no great credit to me that I happen to agree with the stances Sachon urges on these particular cases.  But I would offer a couple of caveats.

First, most prominent conductors are not free agents, but representatives (and employees) of large institutions, i.e., orchestras.  What they say can reasonably be taken as representing the institutional position of their orchestra, which may not, for an assortment of reasons, want to take a position on the matter at hand.  A pop musician like Björk, for instance, can speak for herself and herself alone.  And, to cite one prominent example, a solo classical musician like pianist Gabriela Montero can speak out strongly against the policies of Venezuelan president Nicolás Maduro, and risk backlash against just herself.  By contrast, conductor Gustavo Dudamel, who was roundly criticized (including by me, I have to admit) for not denouncing the recent political violence in his native Venezuela while conducting there recently may feel constrained by his position as conductor — and public face — of the Los Angeles Philharmonic.  That’s not to excuse his silence in the wake of brutality, but to highlight the fraught nature of his position.

Second, it’s one thing to ask classical musicians to speak out on issues where the good and evil seem fairly well-defined, like those Sachon cites.  But how about the more contentious issues of the day?  Should classical musicians take stands on Supreme Court cases, or pending environmental legislation?  They of course should be free to do so — but only if they respect the fact that a substantial portion of their paying audience may have a different opinion on the matter.

Again, that doesn’t have to be a problem, if the musician speaks out respectfully and intelligently off-stage, then keeps the politics out of the performance.  But being human, I will admit to great reluctance to attend movies featuring such politically outspoken — and in my opinion, shameful — actors as Sean Penn and Emma Thompson.   Frankly, they make me sick, and I refuse to bask in the glow of their projected image.  Am I wrong to engage in my private boycott — or am I exercising the same free will they do when they speak out?

And I can think of times when during folk and pop performances, musicians have harshly and profanely denounced political views I happened to hold.  Am I supposed to just sit there and think “thanks for sharing?”  Then there was the time during the recent “Encores” revival of Stephen Sondheim’s “Merrily We Roll Along” when the actor playing the TV interviewer broke script to make a political statement, earning herself the cheaply-bought applause of much of the audience — and one lone, loud “boo” from me.

Was I rude to have responded that way?  Not in my book.  In my view, there’s no such thing as a no-fault opinion.  If you speak out hoping to be cheered, you have to expect to be jeered as well.  So, whether you’re a classical musician, or any other public figure, remember that any political or other extra-curricular speech, while free, can also be divisive, and ask yourself whether your public voicing of opinions is worth alienating a segment of your otherwise admiring audience.