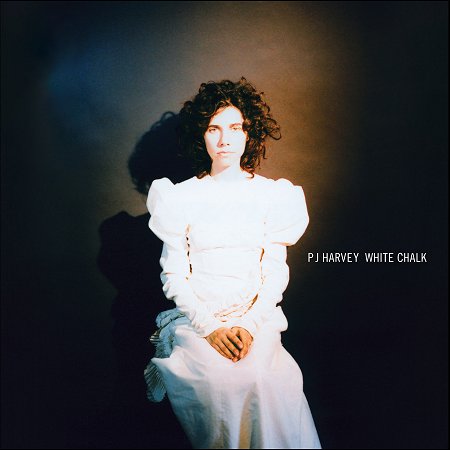 George Crumb: “Black Angels.” Any reasonably culitvated list of Halloween music has got to include something by George Crumb, the king of modern classical ooga-booga. Let’s go with the 1970 “Black Angels (Images I),” a thirteen(!)-movement piece for amplified (“to the threshhold of pain”) string quartet, the players also whispering, shouting and variously shaking, striking and bowing percussion instruments and glass goblets to eerie effect. Like all good Halloweenery, it’s both faintly ridiculous and genuinely disturbing. And catch the quote from Schubert’s “Death and the Maiden.”

P.J Harvey: “White Chalk.” Dressed on the cover like Dickens’s Miss Havisham just before her wedding day, mercurial English singer-songwriter P.J. Harvey seems to have imbibed of the spirit of 19th century Gothic literature before composing the blood-chilling songs on this great 2007 album. Listen alone and in the dark — I dare you.

William Bolcom: “Black Host.” Pulitzer-winning composer, ragtime revivalist, and half of the American popular song duo Bolcom & Morris (known for their many appearances locally at Mohawk Trail Concerts), William Bolcom turns the creepiness up to eleven in this insane mish-mash of styles, scored for organ, percussion and tape. Remember tape? If the Phantom of the Opera were around today, this is what he’d play.

Momus: “Circus Maximus”  Reissued just in time for Halloween, this 1986 album introduced an unsuspecting world to the dazzling talent and outré preoccupations of Scotsman Nick Currie, a.k.a. Momus. I’ll leave Momus’s later music as an area for personal exploration, though don’t say you weren’t warned. As for this debut, imagine Nick Drake’s voice and songcraft, Scott Walker’s love of the bizarre, Edgar Allan Poe’s sense of the macabre and a dash of Davie Bowie glam, toss in references to Christian martyrs, Doctor Faust, the Marquis de Sade, Bela Lugosi and others — and you still don’t have an idea how cool it is. It all blows by so lightly and swiftly that you’ll need a few listens to catch it all.