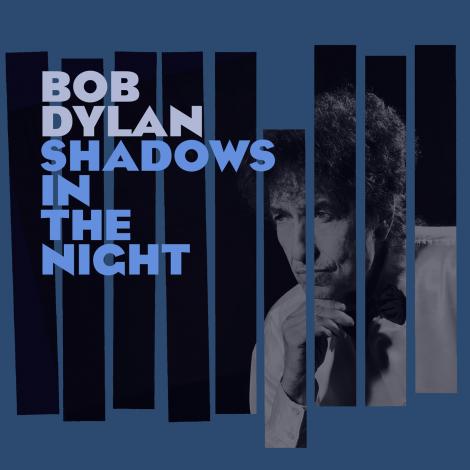 Fifty years ago, wouldn’t you have found the prospect of Bob Dylan making an album of ten smoldering pop ballads associated with Frank Sinatra somewhat unlikely?  Heck, even in 2015, the year of Sinatra’s centennial, it might have struck you about as likely as a Bob Dylan Christmas album.

But a few years ago, he made one of those too, apparently as something of a lark.  As to Dylan’s intentions for the present album, I can only say that it sounds like he meant for it to sound this way.  His voice, while not exactly pleasant, grates less than it has than on some of his more recent recordings.  As for such niceties as intonation or breath support — only a spoilsport critic (is that a redundancy?) would require such things from a legend.

E’en still, “Shadows in the Night” might have been tolerable, even perhaps outré fun, if not for Dylan’s dreadful treatment — non-treatment, really — of the songs’ rhythms.  Line by line, song by song, he takes turns at being either metronomic and literal or utterly arbitrary in phrasing, word stress, ornamentation or the other things that even these beautiful melodies require to come to life.

Want an example?  Listen to Dylan’s take on “Full Moon and Empty Arms”…

…then compare it to this 1945 recording by The Master:

Never mind the difference between the old-fashioned opulence of Alex Stordahl arrangement for Sinatra and Dylan’s spare, twangy back-up quintet.  Never mind what you think of Frank Sinatra, the singer and the person, and what you think of Bob Dylan.  Put it all aside and ask  yourself which singer gets to the heart of the song, and reaches your heart, more than the other — then ask how much musicianship it required to do that.

Look, these songs remain fair game for anyone who wants to sing them.  They didn’t die with Sinatra, and you don’t have to ape him to do them well.  Singers as diverse as Linda Ronstadt, Willie Nelson, Boz Scaggs, Barry Manilow and Lady Gaga have distinguished themselves in this repertoire.

But if you’re going to pay tribute to the finest exponent of a demanding art form, don’t you want to show that even if you can never equal him, you at least understand and respect what it took to be that great?  That’s not too much to ask.  Even from a legend.

“Shadows in the Night” isn’t on Spotify yet.  As a bonus, here are Sinatra recordings of the ten songs Dylan covered.

One thought on “Album du jour: Bob Dylan, “Shadows in the Night””