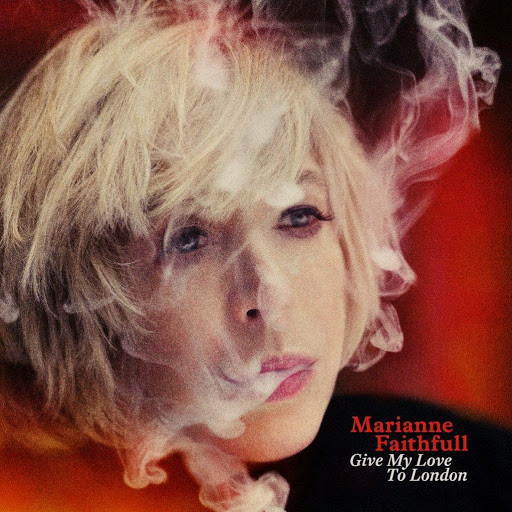 “That was the worst NPR story I have heard in a long while. Hearing Faithfull’s music, especially her newer creations, made me want to jam a pair of rusty scissors into my eardrum. I have always appreciated NPR’s consideration for culture and artistic expression… but this story demonstrated negligence of discretion. Ugh. Terrible terrible music, weak story.”

So commented listener “Heather D” on NPR’s 2009 interview with singer-songwriter Marianne Faithfull, conducted just after the release of Faithfull’s album “Easy Come, Easy Go: 12 Songs for Music Lovers.”  And Heather wasn’t the only one.  Other comments: “I am completely at a loss with this story.”  “Truly, it was almost cruel to air this story.”  “Like many others – no doubt – I was shocked to hear the dreadful caterwauling of Marianne Faithful on my beloved Weekend Edition Sunday.”  “OMG!”

The on-line verdict on the interview:  Yes 1, No 10.  A decisive defeat for NPR and Marianne Faithfull, yes?

No, or at least not necessarily.  As anyone in the public media should be able to tell you, haters are far more likely to respond to something — a program segment, a piece of music, a schedule change — than lovers or agnostics.  It’s human nature, and media pros have to learn to shrug it off.  If you can’t, the media isn’t the career to you.

But no doubt about it, Marianne Faithfull’s voice does not please everyone.  Dry, baritonal, the consistency of aged, cracked leather, it’s the voice of too much cocaine, too much booze and too many cigarettes, such as the one whose smoke encircles her face on the cover of her latest album, “Give My Love to London.”

And it’s the  voice which, for going on 35 years, Marianne Faithfull has employed to remake herself from the ingenue of 1964 who scored a hit with (ex-boyfriend) Mick Jagger and Keith Richards’s “As Time Goes By” into a wise, world-weary chanteuse, half-talking, half-singing her way through songs of love, loss, regret, deception, despair and other adult themes.  If you hear latter-day Lotte Lenya in Faithfull’s voice, it’s not a coincidence, given Faithfull’s oft-expressed admiration for her legendary predecessor, and her occasional forays into the Lenya-Kurt Weill songbook (one celebrated item from which, “Pirate Jenny” from “The Threepenny Opera” is referenced in the new album’s title song.)

As smart and sophisticated as it would make me sound, I’m not going to tell you that I love Marianne Faithfull’s music.  Even at it’s best, it’s not very lovable, nor it it suitable for everyday listening.  But I like and admire it very much, and think her new album is terrific.

Released to coincide with Faithfull’s 50th anniversary in the music business, “Give My Love to London” consists of nine good-to-excellent new songs by Steve Earle, Roger Waters, Nick Cave, Ed Harcourt, Tom McRae, Anna Calvi, Patrick Leonard and Faithfull herself, along with covers of the Everly Brothers, Leonard Cohen and Hoagy Carmichael.  No question, the songs primarily explore the darker hues of the emotional spectrum.  But this is no dispiriting wallow in monochrome misery.  And while Faithfull’s voice is by no means pretty, some of the tracks here, such as Cohen’s “Going Home,” achieve at least a fair level of beauty.

Unfortunately, the album saves its worst for last.  In a misguided version of Carmichael’s heartbreaking ballad “I Get Along Without You Very Well,” the arrangement changes the song’s mode from major to minor and backs Faithfull’s vocals with eerie guitar wails and harp plinks. Thus, the balance between the melody’s sweet uplift and the lyrics’ poignance is destroyed, turning an extremely moving song into a merely gloomy one.  This is not the first time in pop music that darkness and ugliness have been falsely equated with emotional depth (listen to Sonic Youth’s disastrous version of “Superstar” on the anthology album “If I Were a Carpenter“), but I wish that artists would knock it off.

Hey, no one or nothing’s perfect, and if you can overlook some flaws, as well as your own prejudices, there some very good music here.  Give a listen: