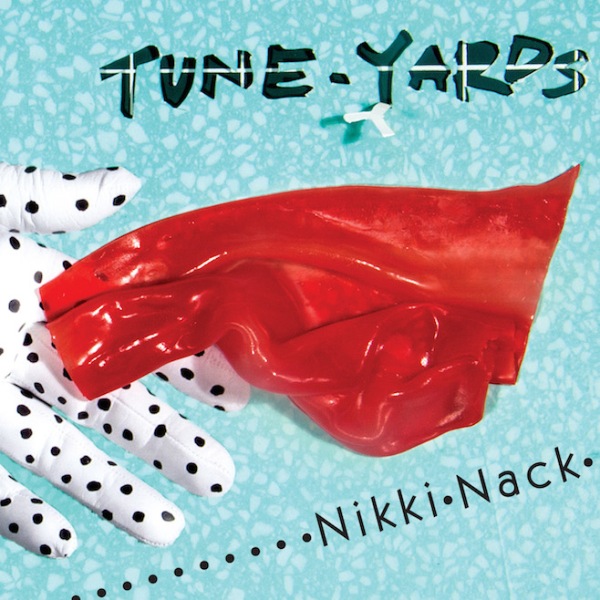 Hey, I know what Smith College should do at commencement this Sunday!  Forget about bringing in some fancy big-name speaker, since it’s impossible to find one who is a) ideologically pure enough to pass muster and b) not a crashing bore.  It would be so much better if instead they had the group tUnE-yArDs, featuring Smith alumna Merrill Garbus, rock the crowd with a few choice tunes.  That would give ’em something they’ll long remember!

For those who haven’t had the pleasure, Ms. Garbus is a young (well, 35 is still young to me) woman of many voices, from coo to shout to growl to yodel, a multi-instrumentalist, an imaginative word-and-tunesmith, and an unstoppable, irresistible force of nature.  On her first two albums “BiRd-BrAiNs” and “WHOKILL,” her basic m.o. was to layer her voice and percussion via looping, while adding live vocal and instrumental textures and shredding on her electric ukulele.  Self-recorded on crude equipment, “BiRd-BrAiNs” was an out-of-left-field lo-fi delight.  The more studiophonic “WHOKILL,” which added two saxophones and the agile bass of Nate Brenner to the mix, elevated Merrill Garbus’s reputation to that of a leading creative figure of indie music.  What to do then, for a third album?

Mostly, you go light on the uke, rely less on loops and more on overdubs, synths and programming, invite in such guest performers as fiddler Sam Amidon, Haitian percussionist Daniel Brevil and the vocal ensemble Roomful of Teeth, and open the sound up very wide.  Compared to the first two, this is a produced album, with each song — make that each composition given its own instrumentarium and sonic mood.  Oh, the raw energy is still there in abundance, several of the pieces sounding like campfire shouts and jump rope chants writ large.  But there are new levels of nuance and blink-and-you’ll-miss-it detail that demand and repay multiple hearings.  I can’t think of a better album to demonstrate why this old classical coot has become so enamored of what these crazy kids are playing today.  If this music doesn’t lift you up, you may be beyond uplifting.

Now, I’m much more of a music than a lyrics guy, so I won’t go on to a critical analysis of Merrill Garbus’s poetics.  Let’s just leave it at this:  she’s saying something, and she says it with a much confidence as she shows in her music.  I couldn’t think of a better lesson for the new graduates of Smith College.