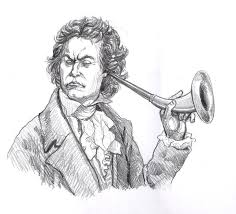 Here are some off-the-top of my head answers to the question in the title.  The point is not just to emphasize their differences, or to say how one is better than the other, but to suggest things each can learn from the other.  Come back often, as I may add more.  And please, add your own via reply.  Crowdblogging!

Classical music, more than any other art form, is based on constant reiteration of old works.  Pop music, by contrast, is virtually obsessed with the new.

Classical requires large amount of unearned (i.e., non-ticket) income to keep g0ing.  Pop gets by on what it can earn on its own.

Classical critics often deal with the technical aspects of the music, to the exclusion of its audience appeal or place or its place in the culture.  Pop critics often deal with the cultural aspect of the music (e.g., how cool it is or isn’t) to the exclusion of its technical competence (e.g., whether the singing is in tune or the songwriters use more than three chords).

In classical, it is assumed that the composers and performers are well-trained professionals, with years of training and practice.  No such thing can be assumed in pop.

Much new classical music (though the proportion is decreasing) is made with an eye as much on the future as on the present.  Most pop is designed for immediate consumption.

And yes, pertaining to the illustrations above, the makers of classical music are more likely to be of the deceased, melaninally-challenged, y-chromosome persuasion than the makers of pop.

2 thoughts on “How are classical music and pop music different?”